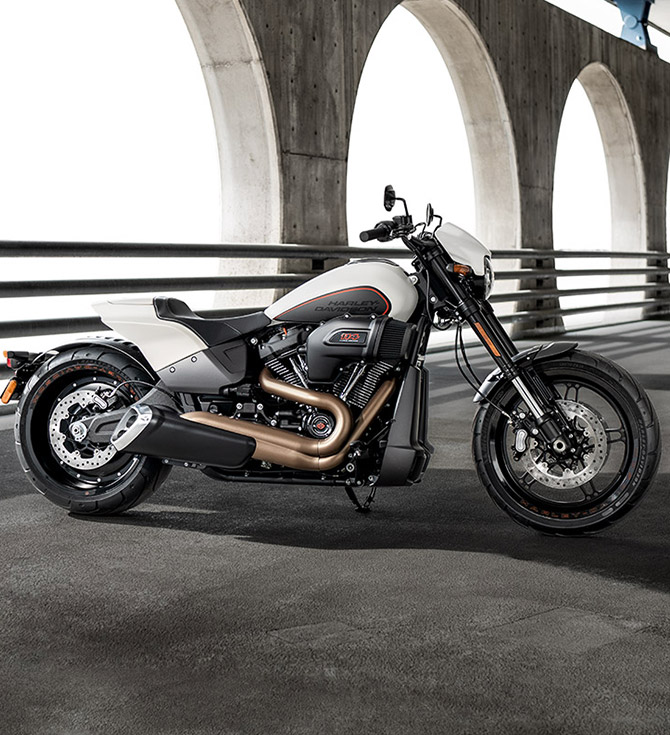 The aggressive new FXDR 114™ communicates its commitment to all-out performance through visual design inspired at the drag strip, where the application of torque to pavement is sophisticated in its execution – and adrenaline-pumping in application.

Oxford(21st August, 2018) –The new Harley-Davidson®FXDR™114 delivers hard-core drag-strip aggression with a technical edge. It’s an unapologetic power cruiser bringing a new level of all-out performance to the Harley-Davidson line-up, combining the unrelenting torque of the Milwaukee-Eight®114 engine with the liberal use of weight-saving aluminium and composite components. As a result every aspect of performance is amplified.

The FXDR 114 is the tenth Harley-Davidson based on the Softail®platform introduced in 2018 and the latest in a line of 100 high-impact motorcycles the company plans to introduce by 2027.

David Latz, Harley-Davidson Lead Product Manager: “This motorcycle is really a blast to ride. The FXDR 114 surrounds the very capable Softail chassis with Milwaukee-Eight 114 power,premium front and rear suspension anda host of new weight-saving components and materials. This is a power cruiser that delivers exceptional ride and handling characteristics.”

Brad Richards, Harley-Davidson Vice President of Styling and Design: “The look of the FXDR 114 expresses its performance potential and highlights the technical features that set it apart from the rest of the Softail line-up. The drag-bike influence is strong with the raked and inverted front end, massive intake and exhaust, proportional contrast between the wheels and the clipped tail section. But we made sure that purely technical elements like the aluminium swingarm, fully integrated digital instrumentation within the rider controls, and exposed external suspension adjuster are highlighted as well and help define this bike’s mission, which is pure performance – not just straight-line performance.”

The FXDR 114’s aluminium swingarm achieves a 4.62kg weight reduction (6.25kg vs. 10.88kg, or 43% less) over a steel Softail swingarm accommodating a 240 mm rear tire. Because this is unsprung weight (mass located below the suspension) it has a significant impact on rear suspension performance, and is enhanced further by a lightweight 18-inch aluminium disc rear wheel.